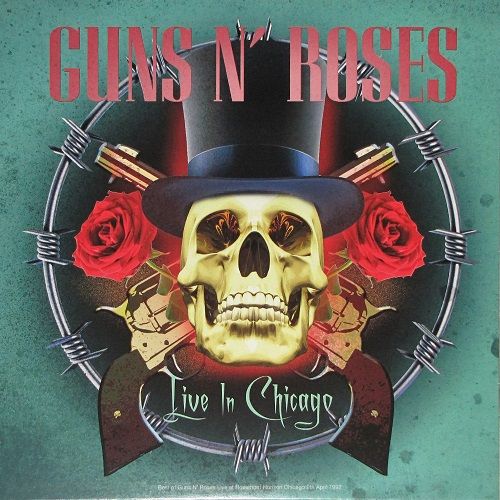 Guns N' Roses is an American hard rock band founded in Los Angeles, California in 1985.
The band has released six studio albums: Appetite for Destruction in 1987, G N' R Lies in 1988, Use Your Illusion I and Use Your Illusion II in 1991, 'The Spaghetti Incident?' in 1993 and, after 15 years and with frontman Axl Rose being the only member of the original lineup remaining, Chinese Democracy in 2008. They also released an EP titled Live ?!*@ Like a Suicide in 1986.
The group was formed in early 1985 by Hollywood Rose members Axl Rose (vocals) and Izzy Stradlin (rhythm guitar) and L.A. Guns members Tracii Guns (lead guitar), Ole Beich (bass) and Rob Gardner (drums). The band created its name by combining two of the members' names. A short time later, Beich was fired and replaced by Duff McKagan, and Guns was replaced by Slash after not showing up to rehearsal. Slash had played with McKagan in Road Crew and with Stradlin during a short stint in Hollywood Rose. On their first tour (from Sacramento, California to Duff's home town of Seattle), Gardner quit and was replaced by Slash's friend, Steven Adler.
Stemming from the LA rock underground, the ugly lyrics matched the sleaze of the music